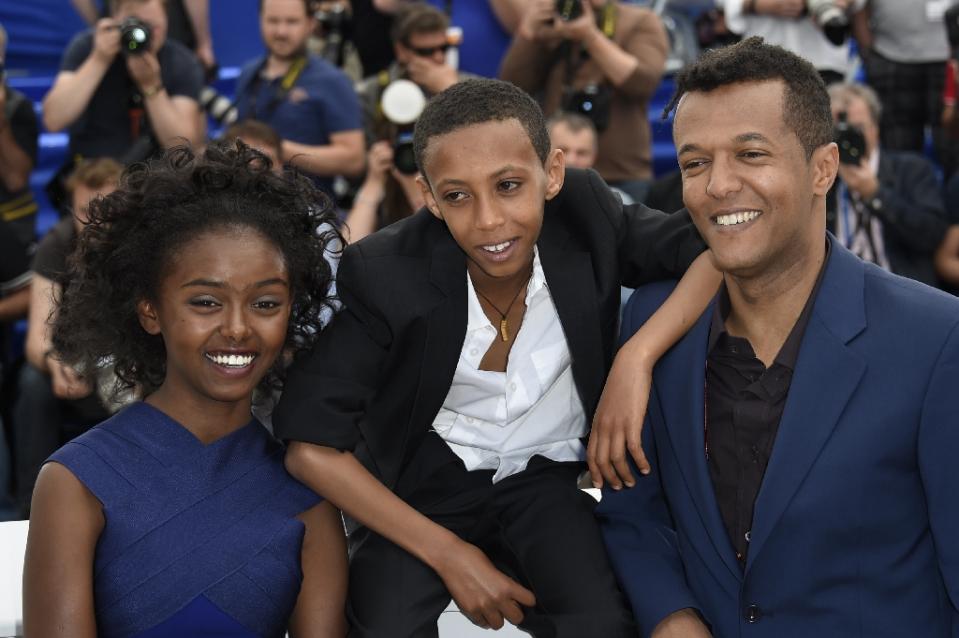 Africa's "fragile" cinema has kept a toe-hold at the Cannes Film Festival, with a veteran Malian director and the first-ever Ethiopian as the continent's only entries in the official selection.

Africa's "fragile" cinema has kept a toe-hold at the Cannes Film Festival, with a veteran Malian director and the first-ever Ethiopian as the continent's only entries in the official selection.

"I feel very grateful, lucky and proud to represent this part of the world," said Yared Zeleke, 36, whose movie "Lamb" became the first Ethiopian flick selected for the world's premier film festival.

The only other African director among the 50-odd films in the official selection was Souleymane Cisse, a 75-year-old Malian who won the third-place jury prize in 1987 for "Yeelan".

"We are part of the privileged few," said Cisse, who presented his film "Oka" ("The House"), a drama about four grown-up sisters who are expelled from their home by a corrupt judge.

Cisse said he wanted to discuss "the corruption of officials that leads to violence" in his country.

He hoped his presence was not linked to his being from Africa. "We have a sacred responsibility to make quality films, otherwise it's better not to represent Africa at all."

African films have made it into the top competition for the Palme d'Or in the last two years, with Chad's "Grigris" in 2013 and the much-lauded film about radical Islam, "Timbuktu", last year.

But African productions are rare, with few countries willing or able to invest in cultural subsidies and huge numbers of cinemas shutting their doors under pressure from home video and piracy.

"Over the past 20 or 30 years ago, almost all the cinema halls in Mali have been destroyed," said Cisse, adding there was only one theatre left in the whole country.

Nigeria has retained a thriving movie industry known as "Nollywood", but quality is not a high priority.

"They make feature films in two weeks, put them out, recoup their money and start again," said Cisse.

African cinema is "very fragile", said Zeleke, who studied film in the United States where he spent 20 years before returning to his native Ethiopia.

"But with the economy developing, and more and more people being educated, it's time for us Africans to tell our own stories," he said.

His film "Lamb" tells the story of Ephraim, a nine-year-old boy who loses his mother and is sent to stay with distant relatives in the mountains accompanied by his sheep companion Chuni.

As with many first films, Zeleke faced an uphill battle to get financing, especially with a story about an African boy and a sheep, but he managed to get assistance from French producers and distributors.

Ethiopia currently lacks any institutions for supporting cinema, though Zeleke has set up his own production house in Addis Ababa to get the ball rolling.

Other African filmmakers were also in Cannes this week, looking to secure deals for future projects.

Among them was Haminiaina Ratovoarivony, a 38-year-old from Madagascar, one of 10 budding directors from the developing world selected by the festival and its partners to come to Cannes to seek funding.

"Every day, we are meeting producers, TV buyers, selectors from other big festivals around the world," said Ratovoarivony, who is looking for 700,000 euros ($780,000) to start filming.

He said there was barely any support for cinema in Madagascar, whose capital now has only two cinemas -- "and they're often occupied by evangelical church services".