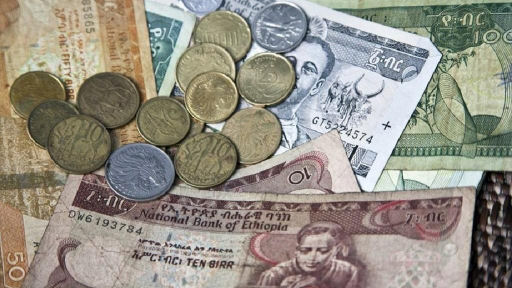 The National Bank of Ethiopia (NBE) has announced a devaluation of the country’s currency, the birr by 15% effective Wednesday, October 11, 2017.

The National Bank of Ethiopia (NBE) has announced a devaluation of the country’s currency, the birr by 15% effective Wednesday, October 11, 2017.

Along with the devaluation which is the first since 2010, interest rates on deposits have been pushed up by 2%, it will now stand at 7%. The devaluation pegs the Birr at 26.91 to the dollar, up from 23.40 Br on the official market.

The NBE’s directive was announced by Yohannes Ayalew, its vice governor and chief economist at a press conference in Addis Ababa. He said it was to control inflationary pressure and to boost export earnings which had hitherto stagnated.

“Since investment return is high in Ethiopia, the devaluation won’t cause an inflationary pressure and adversely affect import,” Yohannes was quoted to have said.

The measure is seen by economic players as helping to boost the growth of the country’s export sector which has experienced a sluggish outlook. It is also expected to reduce forex shortages and to ease debt burden.

Ethiopia’s economic successes have been hailed by international finance outfits like the World Bank and International Monetary Fund (IMF). The World Bank had almost a year ago tasked Addis Ababa to devalue the Birr in one of its economic updates.

Ethiopia has operated a managed floating exchange rate regime since 1992.

The Horn of Africa country is the continent’s biggest coffee exporter but its total export revenue has been falling short of targets for the last few years owing to weaker commodity prices.

Addis Ababa earned $2.9 billion in the 2017-2018 fiscal year, versus a target of $4 billion. The central bank said the it raised the main interest rate to 7 percent from 5 percent to stimulate savings as well as to counter inflation.

“The rate was pushed to mitigate the inflationary pressure that could arise from the devaluation,” Yohannes said.

Ethiopia’s inflation rose slightly to 10.8 percent year-on-year in September from 10.4 percent a month earlier, according to figures released by the statistics office on Friday.

Ethiopia’s economy is one of the fastest growing in Africa, with the IMF expecting a growth rate of 9 percent for the 2016/17 fiscal year.

The expansion, however, has mainly been fuelled by huge public expenditure. The government has invested heavily in dams for hydroelectric power, new highways and an electrified railway linking the landlocked nation to a port in neighbouring Djibouti.

The IMF has said Ethiopia needs to attract more private sector investment to maintain growth. But Addis Ababa has in the past tended to brush off such advice and said it would keep charge of key sectors.