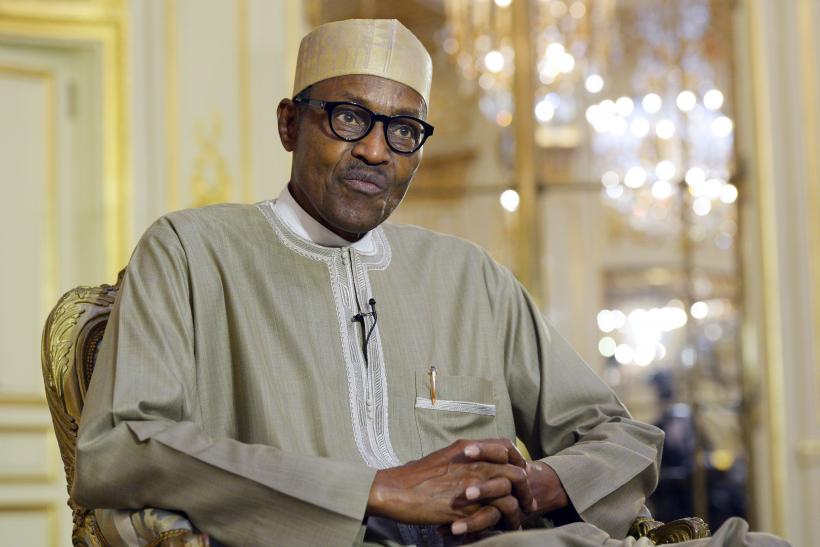 Nigeria's President Muhammadu Buhari confirmed on Monday he will seek another term in elections next year, ending months of speculation about his future after bouts of ill health.

Nigeria's President Muhammadu Buhari confirmed on Monday he will seek another term in elections next year, ending months of speculation about his future after bouts of ill health.

The 75-year-old said he would seek his party's presidential ticket to contest elections in February 2019 during a closed door meeting of the national executive committee of his All Progressives Congress (APC) party. He flew to Britain for talks with Prime Minister Theresa May a few hours later.

The announcement by Buhari, a northern Muslim who became the first opposition candidate to defeat an incumbent at the ballot box, was widely expected although stocks on the Nigerian market fell 1.01 percent on Monday to a three-month low.

"It takes away the concern of an open race which would have fueled uncertainty," said a Lagos-based equity sales analyst.

The bond market shrugged off the announcement with the 10-year benchmark debt unchanged at 13.64 percent from its previous session after one trade on Wednesday, traders said.

Buhari took office in May 2015 after vowing to improve security and crackdown on endemic corruption, but Africa's top oil producer fell into its first recession in 25 years in 2016, largely caused by low crude prices and militant attacks in the Niger Delta, and its recovery remains fragile.

After spending five months in Britain last year being treated for an undisclosed ailment, opposition groups in Africa's most populous nation and other critics said he was unfit for office and his administration was beset by inertia.

If Buhari is selected to contest the presidential election, it is not clear whom he would face. The People's Democratic Party (PDP), which prior to the former general's 2015 victory had held power since Nigeria adopted civilian rule in 1999, has yet to select a candidate.

"The president said he was responding to the clamour by Nigerians to recontest in 2019, adding that he wanted to give NEC the honor of notifying them first," Buhari's spokesman Garba Shehu said in an emailed statement.

Antony Goldman, of Nigeria-focused PM Consulting, said although Buhari's party - a broad coalition of groups which largely united to oust the PDP - was riven by divisions, it was nevertheless likely that he would become the APC candidate.

"With the PDP weak and still discredited, incumbency is still a powerful factor," said Goldman. "It would be a huge surprise if he was not the APC's candidate and the candidate to beat in 2019," Goldman added.

Atiku Abubakar, a former vice president and erstwhile Buhari ally, quit the APC in November and rejoined the PDP. He is the most high-profile figure to say he is prepared to run in 2019.

The PDP, in a statement, described the president's announcement as an internal affair within the ruling party.

"Until he becomes the candidate of the APC, we will not spend precious time on his mere show of interest," said spokesman Kola Ologbondiyan.

Buhari led a short-lived military regime that was overthrown in a coup in 1985. His election victory three years ago was in large part due to his military credentials and his vow to end the Islamist militant Boko Haram insurgency.

The insurgents have lost most of the territory the size of Belgium that they held in northeast Nigeria in late 2014 but continue suicide bomb attacks and kidnappings in the northeast.

Other security challenges - militant attacks in the Niger Delta oil production heartland as well as communal violence between nomadic herdsmen and settled farmers, plus a resurgence of separatist sentiments, have flared up during his tenure.