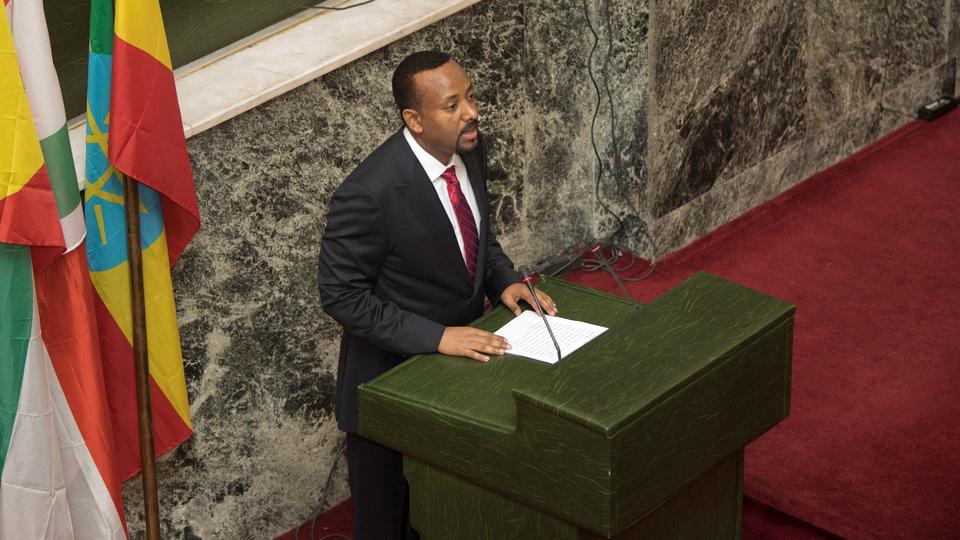 Abiy, 42, is the first prime minister to come from Ethiopia's largest ethnic group the Oromo, who spearheaded more than two years of unprecedented protests against the country's one-party government that left hundreds dead.

Abiy, named 16 ministers – 10 of which got their first cabinet posts.

The most high profile changes include a new defence minister and a new government spokesperson, while the incumbent finance and foreign ministers remain in place.

Motuma Mekassa, from Abiy's Oromo wing of the coalition, replaces Siraj Fegessa as defence minister, a powerful position that includes overseeing a nationwide state of emergency that has been in place since the surprise resignation of Abiy's predecessor, Hailemariam Desalegn, in February.

Abiy is the first person from the country's largest ethnic group, the Oromo, to be chosen as prime minister by the EPRDF, in a bid to quell protests that have gripped the Oromia region for more than three years.

Outgoing government spokesperson, Negeri Lencho, was appointed by Hailemariam during a previous state of emergency in November 2016 as part of an earlier effort to increase Oromo representation in the top government posts.

He is replaced by the former transport minister Ahmed Shide, the highest-ranking ethnic Somali in government.

Clashes last year between ethnic Oromos and Somalis, left hundreds dead in Ethiopia and forced around one million people to leave their homes, according to a UN report.

In his first trip as prime minister, Abiy visited Ethiopia's Somali region in a bid to mend bridges between the two groups.