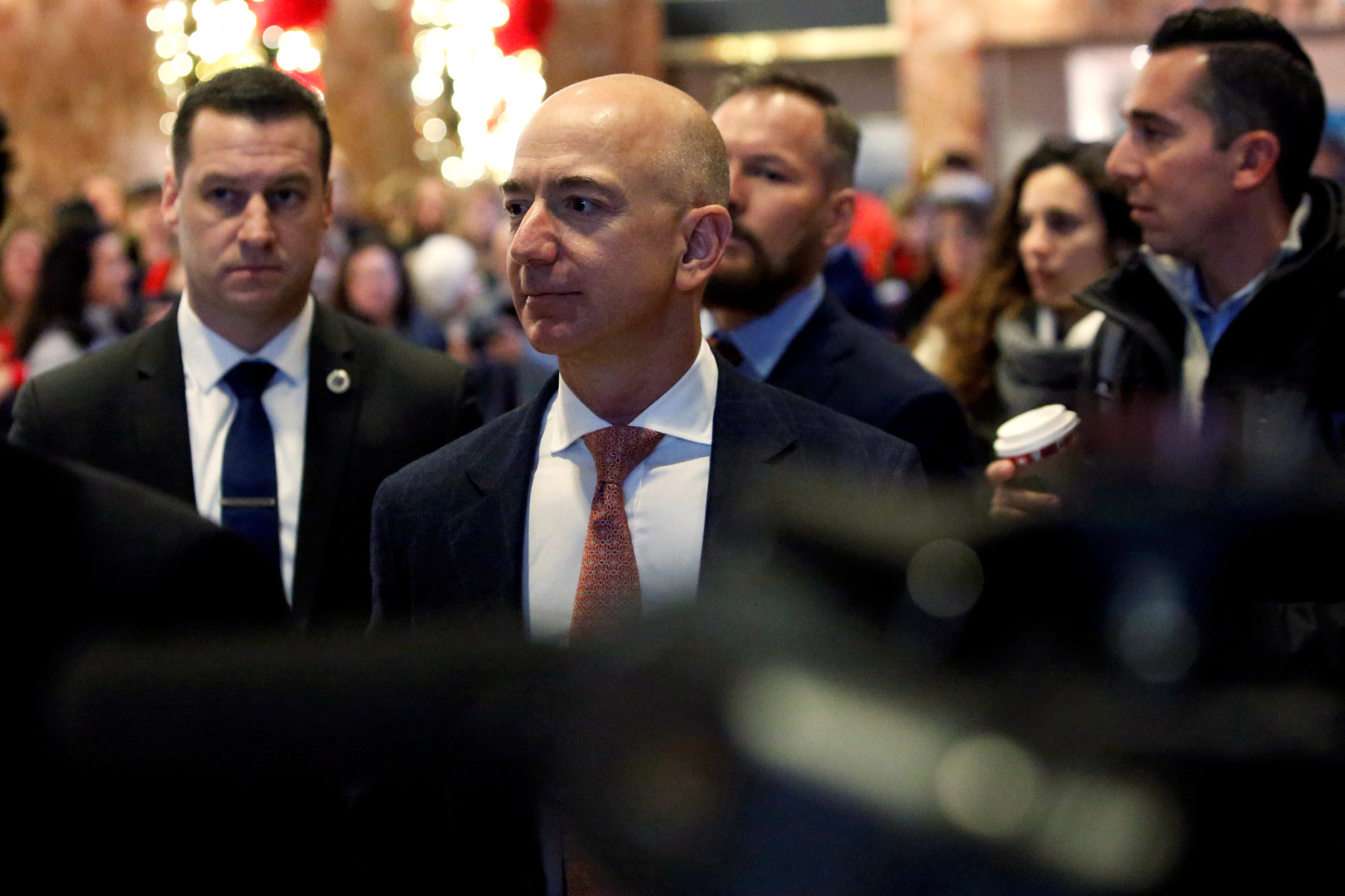 Jeff Bezos, Amazonâs founder, was able to find investors willing to trust him enough to invest in the company even as it racked up loss after loss. (Photo: Reuters - Andrew Kelly)

Skeptics of Jeff Bezos, the company’s founder, have spent the better part of the past two decades second-guessing and vilifying him: He has been described as “a monopolist,” “literary enemy No. 1,” “a notorious international tax dodger,” impossible, a ruthless boss and — more than once — “Lex Luthor.” His company used to routinely be described as Amazon.con.

But you know what?

Here we are, 20 years later, and Mr. Bezos has an authentic, legitimate claim on having changed the way we live.

Along the way, he has bought — and fixed — The Washington Post, one of the nation’s premier journalistic institutions. And through his aerospace company, Blue Origin, he has invested billions of dollars in the race to space, a onetime hobby that, if successful, could change the world much more profoundly than free one-day shipping.

Even Warren Buffett was skeptical of Amazon way back when. “I was too dumb to realize what was going to happen,” he admitted at the Berkshire Hathaway annual meeting this month. “I’ve admired Jeff, and I’ve admired him for a long, long time. But I did not think he was going to succeed on the scale that he has.”

He called Mr. Bezos’ work “a remarkable business achievement,” saying, “One person has built an extraordinary economic machine in two pretty different industries almost simultaneously, from a standing start at zero, with competitors with lots of capital and everything else.”

Today, Amazon’s valuation is $464 billion — twice the value of Walmart.

Sometimes praise is due. And he is clearly having a moment.

Perhaps the most surprising thing Mr. Bezos was able to accomplish, despite his detractors, was to find investors willing to trust him enough to invest in Amazon even as it racked up losses after losses.

That’s not to say investors were always happy with Mr. Bezos — they would frequently punish his stock, making it seem like a volatile investment. Then, every so often, he would surprise investors with profits, as if to suggest, “Yes, we can make money whenever we want, if we don’t want to invest in the future.”

Most executives are worried about the next quarter, but Mr. Bezos is worried about what will happen years from now. That is a competitive advantage that many chief executives could learn from.

“If everything you do needs to work on a three-year time horizon, then you’re competing against a lot of people,” Mr. Bezos told Wired in 2011. Here, he was expressing the view that some chief executives think in three-year cycles — a relatively generous assessment, given that most top executives don’t last many more years than that.

“But,” he continued, “if you’re willing to invest on a seven-year time horizon, you’re now competing against a fraction of those people, because very few companies are willing to do that.”

To Mr. Bezos’ credit, he was always upfront with his ambitions and long-term approach. “Because of our emphasis on the long term, we may make decisions and weigh trade-offs differently than some companies,” he wrote in his first letter to shareholders in 1997. “We aren’t so bold as to claim that the above is the ‘right’ investment philosophy, but it’s ours, and we would be remiss if we weren’t clear in the approach we have taken and will continue to take.”

None of this is meant to suggest that Mr. Bezos is perfect. Far from it. He has repeatedly failed — remember his ill-fated foray into mobile phones? — but he has succeeded enough to outweigh his failures. And along the way, he is likely to fail again, something he says he embraces.

Is Mr. Bezos an easy boss? Hardly. He is unbelievably demanding. But it is difficult to believe that the creative new products Amazon has incubated and introduced could have been born if he were a professional soul-crusher.

As an author, I’m supposed to hate Mr. Bezos. After all, he has pressured publishers, cut their margins and practically put old-school bookstores out of business. As if to rub it in, he’s now introducing bricks-and-mortar Amazon bookstores.

But to take that view would be to misunderstand what innovation looks like. It upends industries — witness the current carnage in the retail industry, which has been outmoded by Amazon and all the companies trying to copy it.

Mr. Bezos has a famous laugh; look it up on YouTube. He has every right to be laughing right now.