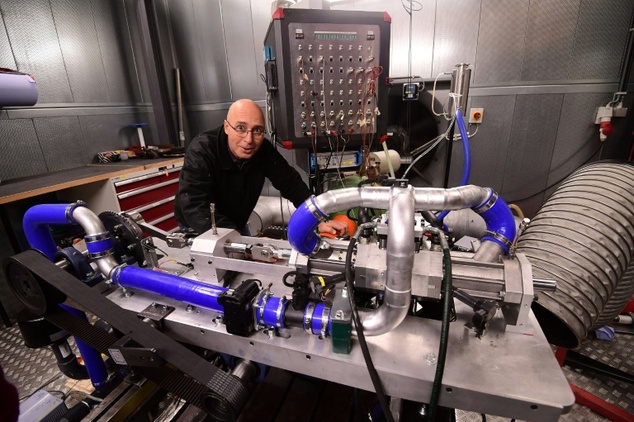 The invention from Israeli-based Aquarius Engines is currently being discussed by France's Peugeot, the firm said. Aquarius says the cost of the engine will be as low as $100 (92 euros).

According to the firm, the engine can allow cars to travel more than 1,600 kilometers (990 miles) on a single tank of fuel, more than double current distances.

Such efficiency is vital as countries seek to reduce carbon dioxide emissions -- a main cause of climate change. Car engines are a major source of CO2 emissions. Aquarius's technology works by stripping back the traditional engine under the bonnet.

It replaces the combustion engine with its multiple pistons thrusting up and down with a single piston that goes side-to-side. It has fewer than 20 parts and a single action, the company said. In tests by the German engineering company FEV, the Aquarius engine's efficiency was more than double that of traditional engines.

The engine would work best as part of a plug-in hybrid system, with manufacturers looking at "the idea of putting a smaller, inexpensive, range extender" alongside a battery and motor.

But he said Aquarius's radical design, and the changes it would require to manufacturing lines, might make companies in a risk-averse industry hesitant.

The technology can also be used to make more efficient back-up generators and other products, the company says. Aquarius is currently seeking its third round of funding and is aiming for $40-50 million.

"Automotive companies take seven to 10 years to implement a new technology," he said.

"So Peugeot would need to accelerate their implementation very, very fast to at least catch up to what Tesla, BYD, Nissan and other companies supporting the electric car model are achieving."

Nextbigfuture notes that there are many other substantial niches for a super-efficient, light, simple and cheap engine.